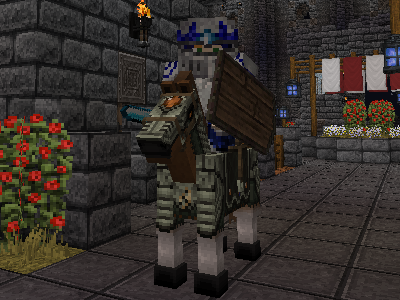 From the Mythic Mob team comes, the official Town Guard Pack!​
This pack includes 6 player-friendly types of guards you can use or modify to protect towns and player-safe areas. Guards will chat with players, attack enemy monsters (or players that attack them!), and will even call other guards to help if attacked. Mobs killed by guards will also not drop loot to prevent exploitation.

This mob pack features custom AI, and when editing or copying these mobs it is not advisable to tamper with the AI settings unless you know what you're doing!

Each type of guard includes different types of abilities for dealing with mobs and players alike, and use swords, bows, and magic.

Mobs included in this pack:
Guard Skills include:
Some guards can even use multiple abilities at once.

Don't let your towns get torn apart by your mobs! Get Town Guards today!

Please PM me if you encounter any problems and we will do everything we can to fix them!

* Proceeds from this mob pack go directly to the MythicMobs development team and are non-refundable. Custom AI in this mob pack is guaranteed to work on supported versions of MythicMobs.

** Please Note: this mob pack requires ProtocolLib and Libs' Disguises to function. Mobs will appear as Skeletons if these are not installed, but will otherwise function normally.