Introducing Mythic Dungeons, the ultimate instance-based dungeon builder.
Mythic Dungeons allows you to easily create epic automated dungeons for your servers. With a highly flexible and simple scripting system, you can create just about any objective you can imagine and give every player or party their own private playthrough of the dungeon.


How does it work? See for yourself!


Try out the free version now, or support the plugin's development by purchasing the full version or subscribing to the dev builds for premium support!​ 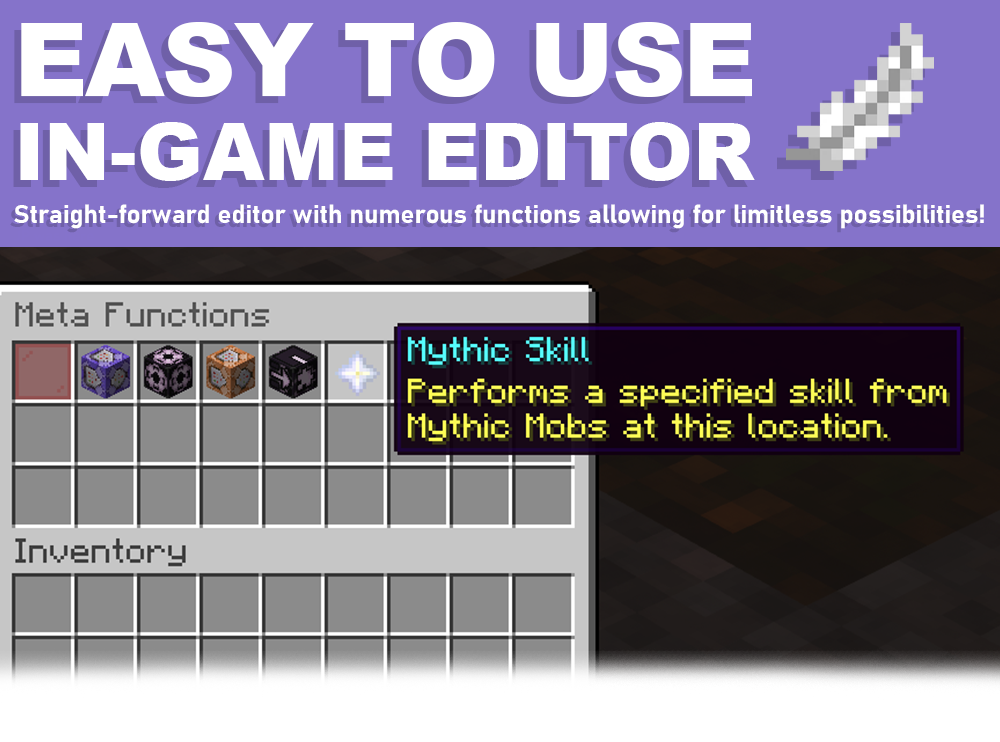 -= Easy In-Game Editor =-
Our GUI and hotbar menu system allows admins to build and automate a dungeon entirely in game with little to no YAML or configuration required! With an innovative function builder tool, all of your options and scripts are available to you with just a few right-clicks. There's over 25 different functions for scripting your dungeon, all with information on what they do and how you can customize them! No wiki required!​ 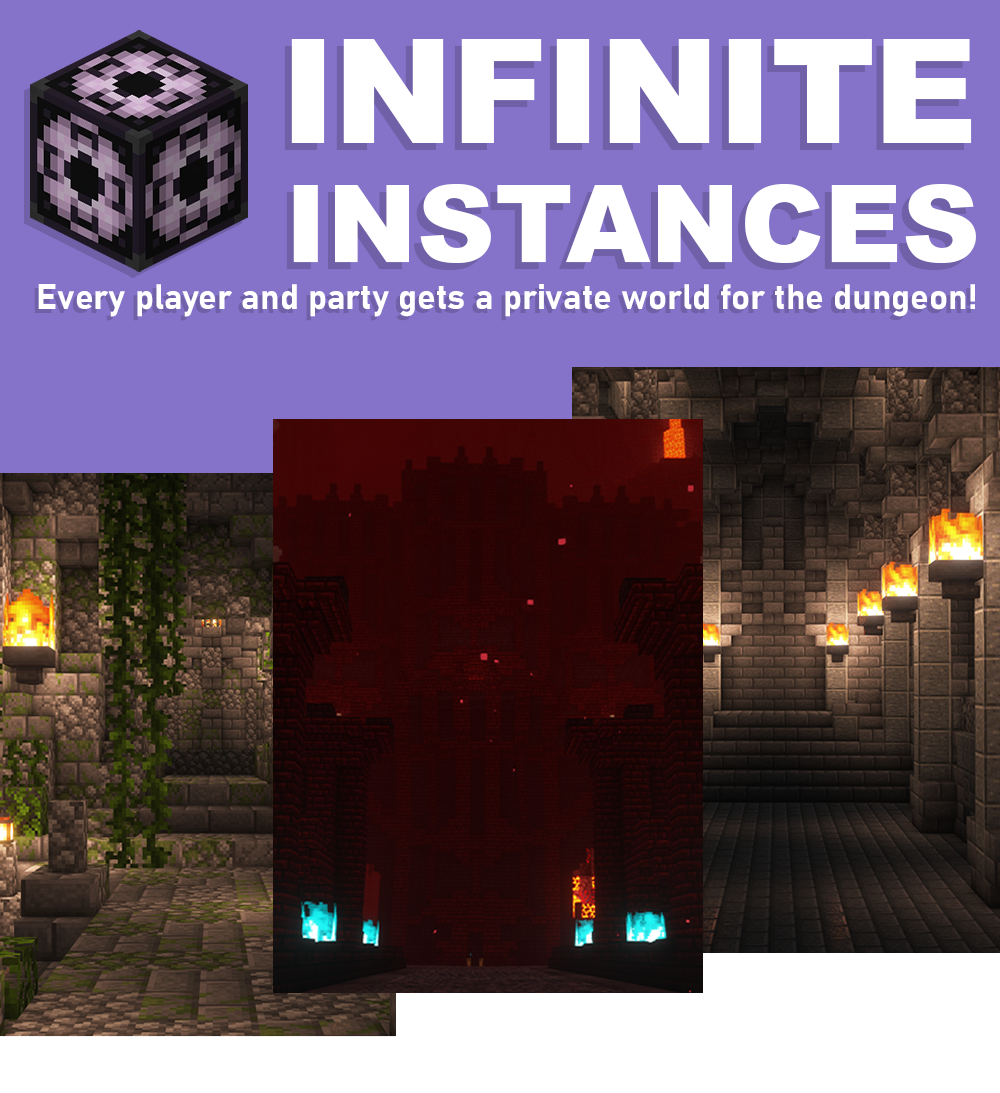 -= Infinite Instances =-
Nobody wants to deal with an army of players activating all the traps and monsters in the dungeon early. To resolve this, Mythic Dungeons creates a unique map based on the dungeon world for every party of players. Rewards, mob spawns, and any other automation and scripts will all happen safely in that party's private world without interfering with the server's main world or other players running the same dungeon.​ 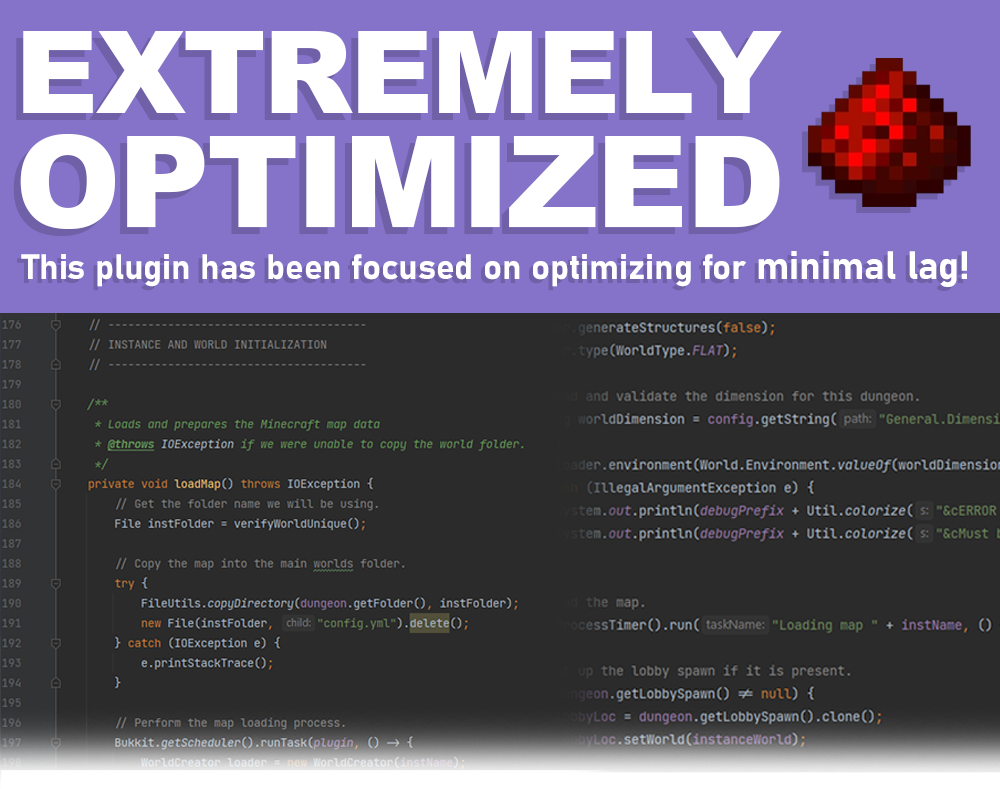 -= Extremely Optimized =-
Mythic Dungeons is built on a stable and powerful core. Countless hours have been spent optimizing and experimenting with ways to improve the performance and stability of the plugin, from tasks as simple as spawning monsters, to tasks as large as loading and initializing a dungeon world and its functions.​ 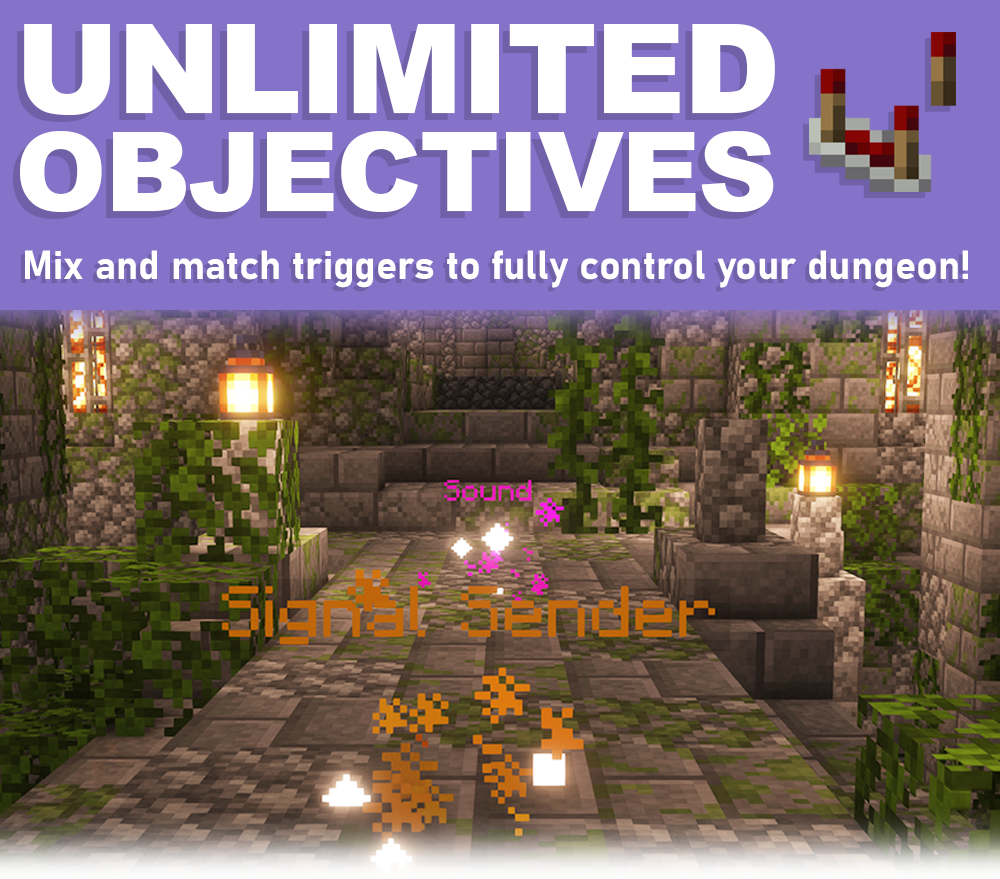 -= Unlimited Objectives =-
With Mythic Dungeons' dynamic and powerful triggers and conditions system, you can create any kind of objective you want. Play a sound when the players kill a mob; give the players a key when they place blocks at 5 different locations on the map; don't open the door until all the players in the party are nearby... the possibilities are nearly endless!


Learn more about what you can do with Mythic Dungeons by checking out the manual!


If you want to see these features, be sure to leave a 5-star review and support the plugin by considering the full version or the dev builds with premium support!

--== Terms and Conditions ==--​
By purchasing this plugin, you agree to the following:

Reactions: Lindan, Sisil, JpegIsMe and 4 others

Getting an invalid plugin.yml error. Looks like the plugin wasn't properly built at all.

Marcato
Hey there. If you report the error, I may be able to fix it... but nobody else has ever encountered this issue before. Your jar file may be corrupted.
Upvote 0 Downvote
Truly mythical plugin. No great alternative for this -- and it even comes with its own party system.
Upvote 0 Downvote
Insane plugin with tons of versatility, i made a surface dungeon that has massive cliffs and wanted there to be a part where after clearing out a set of mobs, the collapsed rocks explode, no other plugin had smth that worked that way, except in very roundabout confusing methods, while this one gave me an easy to use layout with no confusing sign typing, and a super easy way to understand what was going on. The developer is very responsive and just should be given all the praise. Ive had many issues with other developers, but i assure you that you would not find them with this one.

Please get this plugin instead of the alternatives, this person really deserves the support.
Upvote 1 Downvote
The version 1.1.0 maybe not susccessfull in 1.18.2.When I put it in my server , and it cant allow players and me in

Marcato
Hey there. I've been testing primarily on 1.18.2 and am having no such issues. Can you please submit a bug report to the issue tracker and provide any console logs, including errors or startup info? https://git.mythiccraft.io/mythiccraft/MythicDungeons/-/issues
Upvote 0 Downvote
Very good Plugin. Please update the funciton about bungee supprot .pls! orz
Upvote 1 Downvote
Used to use DXL, which was a decent plugin. However, this plugin is QoL changing and easier to use. I am excited for future updates :)
Upvote 0 Downvote
Best dungeon plugin i have seen or used.
Upvote 1 Downvote
I hope the plugin can be compatible with itemsadder
Upvote -2 Downvote
so far I've not found an issue with this other than my own understanding. I'm still working on building things out. The documentation is being built out and I'm enjoying the build, worked as intended. I bought a pre-made dungeon, and also got the demo sand dungeon working. I also created a dev dungeon for myself to try to break this (no luck so far). integration with MythicMobs and Model Engine seems to be working fine thus far as well.

Looking to build my own MMORPG with this plugin being a huge part of that effort. great job @marcato
Upvote 0 Downvote
The plugin system is good. The functions and possibilities to make dungeons are endless (and will be even more with future updates), but the lack of some basic functions are bothering me. You can't disable global announcement of deaths (all players in the server receive it, not only party/dungeon members). You can't translate the messages AT ALL, not even the prefix. Integration with Party and Friends would be excellente too.

Marcato
These are all features that are planned and are on the way. In fact, I added the ability to disable the death message announcement shortly after you brought it to my attention in the support chat...

In short, the plugin is receiving constant updates, and I read every feature request and bug report I get, but I am one person and can only implement features so fast. This isn't my full time job (yet) after all. :)
Upvote -1 Downvote
Read more…
Top