Hello everyone! I have several things to bring up today to the MythicMobs community in regards to the future. Please leave comments and feedback in this thread!

I am currently looking for long-time community members that are interested in helping with forum moderation and bug testing. The vast majority of bugs reported on the forums are due to bad configs, or are things that are not even caused by MythicMobs, and this has caused a massive slowdown in public releases and in real bugs being fixed.

These days I do not have as much time to sift through the forums looking for real bugs, as I must try to test and replicate every bug on different versions of MC. When a bug report isn't accurate, this turns into a massive waste of time. Bug Testers will have the ability to mark threads in the Bug Report forum to help me out with sifting through them, and will have a special tag so people know they are knowledgeable.

People that can prove to me they are competent, or who are already well-known in the community as being good and helpful, can PM me if they are interested in helping out in this role. While I cannot offer much in compensation, people doing this will receive free dev builds and will also be added to a special MythicMobs Staff Discord chat where they can speak to me directly and help communicate bugs and also be part of the future of MythicMobs.

On top of all the bug issues, 1.10 has also been incredibly slow for a number of reasons. One of the main reasons is the incredible instability of 1.10 in general - it seems to be a very buggy update, and most large servers still run 1.9 with ViaVersion.

Many of the bugs people report with the 1.10 dev builds are actually caused by issues with other plugins, such as LibsDisguises, which do not work 100% on 1.10 still even after several months. This isn't even necessary their fault, but is caused by 1.10's instability.

Many of you have understandably expressed frustration with 1.10 builds not being released yet, but a big part of this is that I am not comfortable releasing something so unstable to the public as that will just further increase the massive torrent of invalid bug reports. Hopefully going forward we will be able to continue smoothing things out to where MythicMobs can have an acceptable 1.10 release.

On the plus side, support for MiniaturePets is mostly stable at this point, and details will be added to the manual soon. You can do some incredible things with the two plugins working together. Thanks to the MiniaturePets team!
Click to expand... 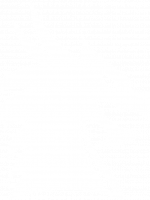 Always grateful that this plugin is kept updated regardless of the pace.
Could we get a 1.9 release with these fixes for?:
- Spawners: Inmediately occasionally spawning mobs after previous death without considering
either Warmup or Cooldown.
- Spawners: Leashrange going wonkers.
- Item Configuring: Any syntax is invalid on 1.9 and results with output items with defects.

Thanks for the update.
Waiting on this 1.10 update....just need the Items to work...works on 1.9. Just not 1.10. ;;
cant wait for MPets.
Thanks for status update !
I'm glad you prefer to release smoothed and as clean as possible version of MM. People might not see the interest now, but it will save you a lot of time for further debugging later.
Always happy to see status updates! Glad you are still kicking there. Maybe at some point I'll put another one of my mobs on the showcase part of the forums. I probably should considering I haven't done so in a while!

Anyway I'll be happy to help you Xikage!

MithrandirCraft said:
Could we get a 1.9 release with these fixes for?:
- Spawners: Inmediately occasionally spawning mobs after previous death without considering
either Warmup or Cooldown.
- Spawners: Leashrange going wonkers.
- Item Configuring: Any syntax is invalid on 1.9 and results with output items with defects.

I'm so glad your post is completely missing this point of this thread. Good job.

jaylawl said:
I'm so glad your post is completely missing this point of this thread. Good job.
Click to expand...

That's so nice jay, I love recieving praises from you. : )

Oh god, we're getting offtopic here!
@xikage I semi-run the IRC, but im all for helping as senior staff on forums
@xikage I wouldn't mind being a bug tester I'm semi new since the forum update however, I do report issues I find in the proper format.
hello, I would like to use your launcher, but when I want to create a spawner there marked an error "An internal error occurred while Attempting to perform this command". Can you help me ? I'm 1.7.10