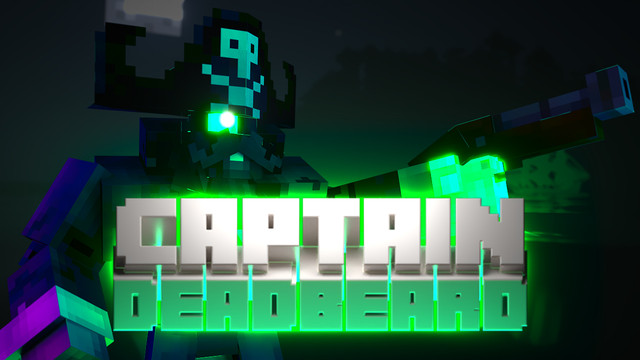 The accursed Cap'n Dead-Beard is on deck!

LittleRoom's latest Monthly Mob via Patreon is now available, this dreadful exile is out for blood! Armed with his rusty hook and his deadly flintlock pistol, he will make sure ye land-lubbers never live to tell no tales.

Dead-Beard has a battery of abilities that are sure to make the most jaded thrill-seeker shout, "AHOY!"

Gutripper
Dead-Beard swings his dreadful hook and cleaves the targets gut and causes a bleed effect.

Crackshot
Dead-Beard equips his flintlock pistol, takes aim and fires at the player.
if the player is keen enough they can avoid the shot by taking cover.

PowderKeg
Dead-Beard pulls out his trusty powder-keg and boots it at his targets.
The keg explodes on impact leaving behind a mushroom cloud.

Birdman
His most trusted co-pilot departs his rib-bird-cage and attacks the player blinding them and biting them in a frenzied swarm.

All Hands on Deck!
A desperate last bid.
When Dead-Beard is low on health, he calls on his undead crew-mates to fight along side him.

So come one, come all if you think you have the courage to take on 'ol Cap'n Dead-Beard!