៛ Utilizes MMOItems to create 50 Swords with different abilities, themes, and rarities. Aswell as around 100 Gem Stones that go hand in hand with the swords, improving specific stats. This pack can be used standalone as a new installment to standard fighting mechanics, but it is also very open to your own customization, and can easily be integrated into your current setup.

(all swords & gems in pack)
+ all default skills used in various ways. 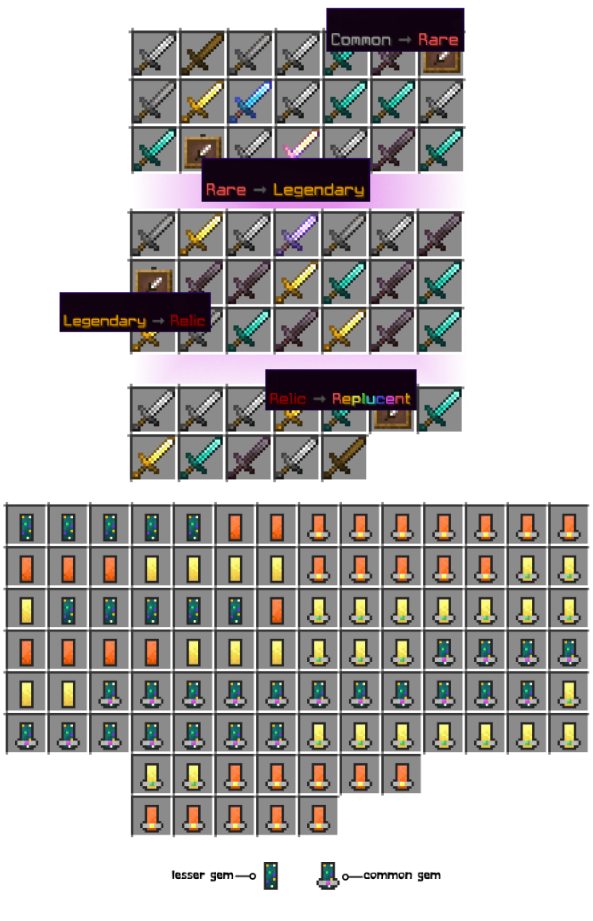 split almost 50/50 between armor and weapons

(more swords of different rarities and some default recipes)
(recipes can be looked at as a suggestion instead of being definitive)​
​
⚘ All swords are classified into 5 rarities: Common ⊸ Rare ⊸ Legendary ⊸ Relic ⊸ Replucent

I tried hard to make all swords balanced, so players with common swords can still fight and win players with replucent swords.
⇣
The difference is that lower rarity swords, ie. common ones, offer little to no abilities, so players using common weapons can fight vanilla default style, like how they are used to. What low rarity swords lack in abilities they make up for in gem sockets, so the player can customize the sword to their liking adding stats to it.
⇣
The higher the weapon rarity the more abilities it offers, abilities that can help a player deviate into a certain path ( speed, blunt power, stealth , ect) although, the more abilities a weapon has the less gem sockets it has, and it would be harder to craft. At the end, all weapons have relatively the same damage output per 10 seconds. 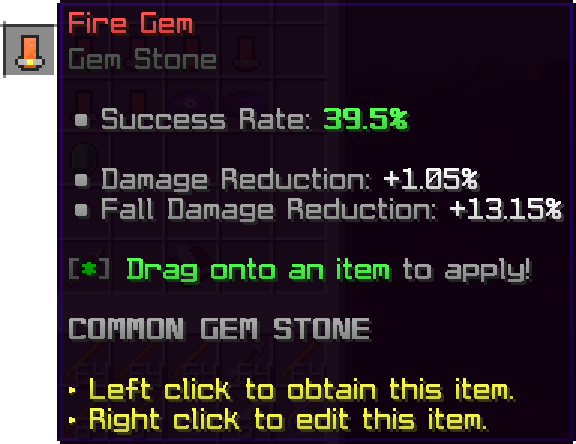 
each trident can be upgraded 50 times to max out at +50% of that skill
tridents use a material 'Parts' for upgrading.